Chairman of the Moscow City Duma, Candidate of the Law

After this worked as an advisor in the Central Office of the State Duma of the Federal Assembly of the Russian Federation.

From 2010 to 2012 worked in the Public Advisory Council of Political Parties at the Moscow City Duma from the Party UNITED RUSSIA. In 2012 he was elected the municipal deputy, the Head of the Municipal District Rostokino. In the same year he was elected the Chairman of the Association “Council of Municipal Formations in the City of Moscow”.

Candidate of the Law.

Member of the Public Scientific-Methodological Advisory Council at the Central Election Commission of the Russian Federation.

Member of the Political Council of the Moscow City Regional Branch of the All-Russia Political Party UNITED RUSSIA.

A.V. Shaposhnikov has awards: Commendation from the Mayor of Moscow, the Honorary Badge of the Moscow City Election Commission, the Certificate of Honor from the Federation Council of the Federal Assembly of the Russian Federation for many years of diligent labor, great contribution into development of the state youth policy. 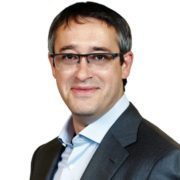